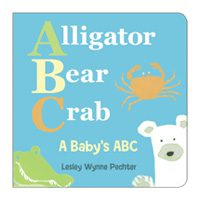 Most of us have shared delight with young children ending their renditions of the Alphabet Song with Now I’ve said my ABCs; next time won’t you sing with me? Or, Now I’ve sung the ABCs; tell me what you think of me! We celebrate children’s accomplishments and join in singing the song with them over and over before they truly understand its meaning or the how the associated letters are used in written form.

Alphabet books have been published in many languages for hundreds of years. This oldest of literary genres for children was originally intended as preparation for reading and writing, and to reinforce religious teachings and moralistic messages. Alphabet books evolved from the hornbooks (with letters only printed on parchment) common in Shakespeare’s day, to battledores (wooden and cardboard tablets with letters and illustrations), to booklets such as A Book for Boys and Girls/Country Rhymes for Children (1686) and A Child’s New Plaything (1742, later published as Apple Pie ABC), to the extensive range of versions now available.

Contemporary alphabet books address multiple purposes for sharing them with children. In addition to learning the names of upper and lower case letters, children learn alphabetical sequences. They develop phonemic awareness and begin to make text-to-text connections: A is for Apple. B is for Ball… Through our conversations with them about the words and pictures, children’s vocabularies are expanded. With repeated readings, they are able to use picture clues to predict and make inferences that enable them to “read” the words associated with each letter. Some alphabet books are written in story form—making it possible to talk about characters, settings, and story lines. Others are non-fiction resources that can be used to introduce children to varied points-of-view, new concepts, and general knowledge. Alphabet books offer “teachable moments.” The learning that occurs through shared readings is natural and enjoyable.

A trip to a public library or local book store will reveal many variations of alphabet books suitable for reading to babies and toddlers as well as more complex books older children can explore and read independently. For the youngest children, consider these:

These are some of my favourite alphabet books for older children:

Please consider donating your no-longer-needed alphabet books (and other picture books) to a “1000 X 5” Project. We’ll be glad to pass them along for others to enjoy.